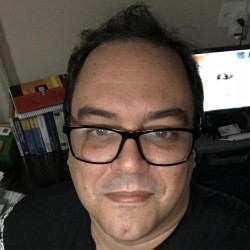 The super-simplification of the programming craftsman

Developing software is not that simple. In fact, it became far more complicated

Some time ago, coding was a simple matter. Yes, it was simpler than today. Operating systems were simpler, there was no concurrency and networking was an emerging technology. Even the user interface was simpler: only text, no images at all.

Well, technology evolved as expected. We migrated from the plain text interface, less intuitive for the end-user, to a rich graphical interface, full of color, motion and new ways to interact with programs. Networking today is not necessary: it is essential. Concurrency is a must-have in order to keep your software responsive to the user when doing something really difficult in terms of data processing.

Coding became simple. Yes, coding today is much simpler than it used to be. There are several powerful frameworks out there that simplifies coding work. However, to master those frameworks it is necessary not knowing which interface does what, but what principles it was built on top of in order to extract its full fire-power. Even concepts became more abstract and several frameworks need a deep understand if one want to deliver a really good software.

But, if you don’t give a damn to quality, just learn the framework without knowing its concepts and google for code examples. That is an anti-pattern of good work. You will end up with several problems difficult to understand since you probably will infringe several concepts that were used to build the framework you are using.

Just to give an example: iOS software is built over Cocoa Touch which, in turn, is a framework based on the MVC principle, only to name one. In fact, Cocoa Touch have a lot of interesting features like delegation, key-value coding, key-value observing and so forth. Well, working with this framework since 2011, I have seen a lot of third-party code that infringed completely the MVC principle, ending with bugs which were very difficult to fix if maintained the code structure. I recall a view that was changing a model instead of delegating changes to a controller.

Here in Brazil, mainly in the startups scenery, it is very common to meet developers, who know the basics of a programming language, taking care even of database modeling. It is a super-simplification of the programming craftsmanship. It is very common to see startups ending up with a very complicated software that was built not respecting basic concepts like database normalization, transaction controlling and distribution, wrong assumptions on atomic operations and so forth. All of this is originated on the wrong assumption that developing software is simple. No, it is not.

Technology is not becoming simpler. In fact, it is becoming very complicated. Hardware, in general, is today far more simpler to use than it was a decade ago. However, in order to make the user interface simpler, more concepts and technologies were necessary to do it so. For instance, your smartphone is a piece of digital art. It is a very complicated mix of hardware and software that delivers a lot of simplicity to your fingers. Think about that when hiring a developer to write code for you.